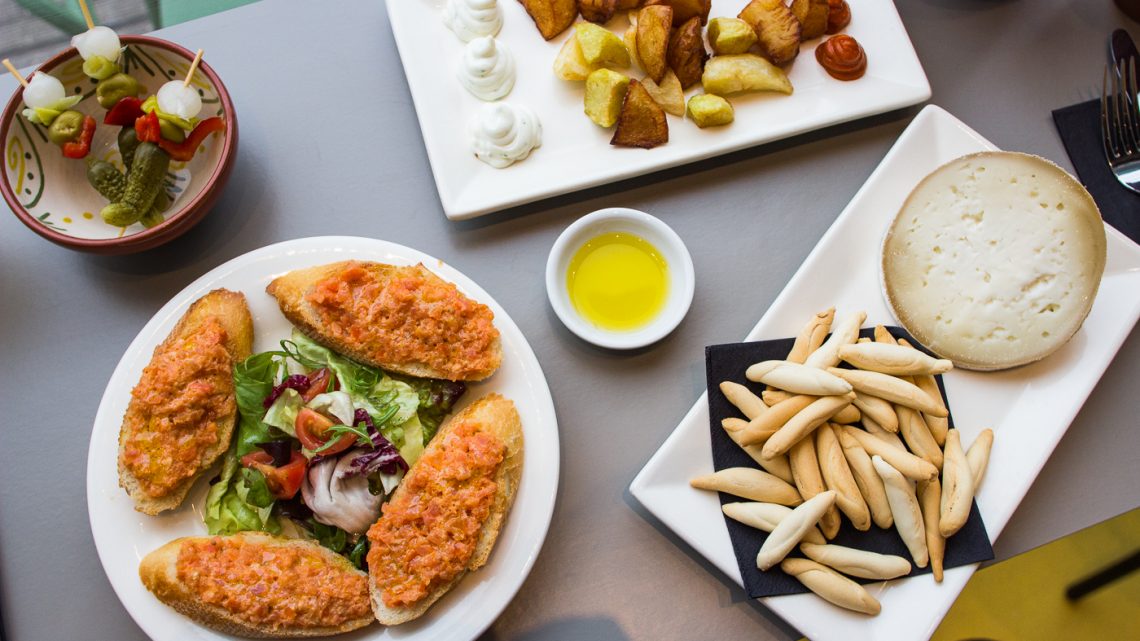 By Middle of Adventure

There’s a new spot you should add to your (probably ever-growing) list of London restaurants to visit. Llerena is a Spanish tapas and jamon restaurant bang on in the middle of Islington’s buzzy Upper Street, specialising on Iberian cuisine (especially cheeses and ham) from the Extremadura region in Spain. As a veggie, I left the jamon tasting for my friend and opted for the cheese, plus a good selection of their vegetarian tapas, instead.

Before we get to the food, though, I want to talk a bit about the atmosphere and the decor of Llerena (which, by the way, is a little town in Extremadura).

The bar area at the front is decorated with lots of crockery typical to Extremadura, and the plates, glasses and even the water decanter are also made in this specific style. The manager told us that the latter (which you can see in the second photo below) would actually normally be smaller and used as a cup to drink water from directly, but, in order to not make a mess, here they have opted for the larger version from which to pour the water on to the (‘normal’) cups.

The front room has lots of high stools and plenty of natural light, but there’s also another small room at the back with lots of “normal”  tables and a slightly cosier, more intimate feel. I think it could be especially perfect for a date night..!

As I said, we went for a small selection of vegetarian tapas – as a self-confessed patatas bravas enthusiast, we first opted for a small portion of those, as well as a portion of pan con tomate (crispy bread with beautifully salty and garlicky tomato sauce) and a Torta del Casar (I hope I got it right!) cheese which was recommended to us by the waiter.

The cheese was unlike anything I’ve ever had before. Made from sheep’s milk, it was served with breadsticks, meant for dipping into the cheese. It wasn’t a super soft cheese like goats cheese, for example, but it was just soft enough for scooping with breadsticks. I loved the texture, the taste (just the right amount of strength, but not too overpowering) and the whole way of eating it. I also had some of the patatas bravas and the toasted bread with it and it worked so well with everything. Definitely keeping this one in mind for the future!

The patatas bravas (above) were really tasty too, though I did wish there’d had been a bit more of them. My friend really liked the fact that the sauces came on the side for dipping as she (unlike me, who smothers everything in a sauce of some kind…) prefers to have just a small amount at a time. As good as these were, my favourites are still the ones in Boqueria (I seriously need to blog about this place!) with these and the ones in Brindisa Tapascoming as a close second.

All in all, I would really rate Llerena highly. It’s clearly a place run with passion, and the food and the whole place feels really authentic. During the hour and a half we spent there, we saw lots of Spanish people coming in with their friends and families, which only added to the feeling of authenticity.

If you’re looking for a place for great vegetarian tapas in London, you can’t go wrong with Llerena. Saying that, it’s not just for vegetarians, though: they have a great selection of meats too and are experts in different types of ham from their home region.

We visited the restaurant during lunch, but I imagine it would be really lovely and buzzy place to go for dinner with a group of friends in the evening, too. They have a long list of wines and lots of different gin and tonics, too, which would make it a perfect spot for a Friday or a Saturday date night, as well. 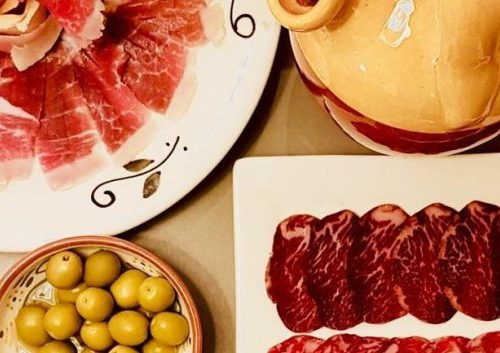 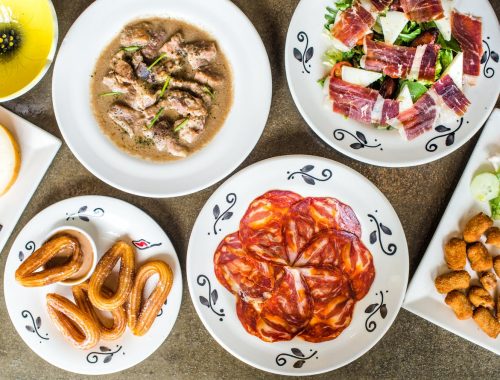 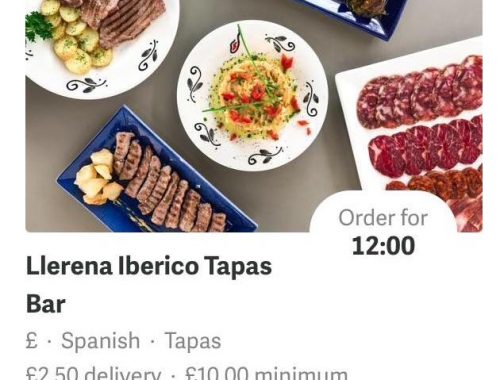